Why is the Pentagon moving to the cloud? 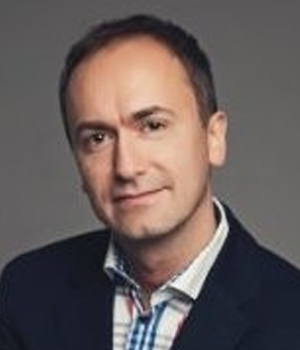 It's decided. In April 2019, the Pentagon transfers IT resources to the cloud. The collection of offers in the largest tender for cloud computing services in history has just ended. Oracle protests loudly, Google is not going to participate, and the other main players, namely Amazon, IBM and Microsoft, are anxiously awaiting the client's verdict. $ 10 billion and a guarantee of a long-term relationship with the Department of Defense of the United States is an unusual opportunity. But let's start from the beginning.

Nearly 3 million employees and 4,800 locations in 160 countries - IT support of a company such as the US Department of Defense is a huge challenge. Ensuring national security and conducting military missions abroad requires organizational efficiency and correctness of decisions taken, i.e. quick and solid access to data assets. What's important, these data are covered by various security classification, so to date Pentagon information systems have been isolated from units that carry out military operations outside the country. In many cases, they were also isolated from the Internet itself. This, however, is going to change.

The very way of waging war also undergoes huge changes. The amount of data collected and used on the battlefield has increased by millions of percent over the last 25 years, for example, due to several trends in the area of the internet of things. Sensors collect biometric data of soldiers, cameras placed in devices monitor the battlefield (drones, satellites, tanks, etc.).

Autonomous vehicles and robots carry out defensive or offensive actions, e.g. recently tested rockets HAWC or X-51A Waverider fly above Mach3, and devices built by DARPA (Defense Advanced Research Projects Agency) - Sea Hunter and Shark - they are used to independently detect, track and destroy enemy submarines. Bi-directional communication between field operations and command provides a great tactical advantage in all of these cases.

In September 2017 Patrick Shanahan, Deputy Secretary of Defense, announced a new initiative to a rapid adoption of cloud computing technology, allowing the use of most commercially available services in the public cloud. The Pentagon wants to have access to the cloud all over the world, for all clauses of documents and for all units of the Department of Defense. At the same time, it began to review and modernize its internal regulations, which until now blocked the possibility of adopting a public cloud, ensuring, however, that data security will remain a key priority.

A contract called JEDI (the Joint Enterprise Defense Infrastructure) for the provision of such infrastructure is to be entrusted to one supplier for a period of up to 10 years. This fact caused a storm that continues until today.

In particular, the intention to choose only one cloud service provider is criticized, which according to some will make Department of Defense dependent on the winning company for many years. Despite many discussions and court battles, this decision has not been changed.

Learning from the tender

Currently, only a few companies have technological facilities, including data center scattered all over the world, to apply for a contract of this scale - these are Amazon, Google, IBM, and Microsoft. Many think that Amazon has a good chance in the fight for a contract. In 2013 Amazon won a contract for the delivery of a similar solution for the CIA, not only taking $ 600 million, but also gaining a lot of experience in processing top-secret documents. The other players are trying to catch up with the competitor. Except for Google.

The contract also showed the importance of military projects to the company ethics. A large group of Google employees (3,000 people) openly protested against the involvement of their company in the JEDI project by sending a letter to the company's board. As a result, Sundar Pichai, Google's CEO, visited the Pentagon in September this year, to convey not only information about the withdrawal of the company from the tender. He also informed that he would not prolong the contract for the so-called Project Maven, Google's development of artificial intelligence technology, used to recognize cars, buildings and people from drone cameras used during military operations.

We can write a lot about ethical dilemmas related to technology and I respect Google's courageous decision. From the other hand, maybe the JEDI project will ultimately bring also benefits to the security of peaceful citizens?

The course of the tender also shows the range of tools used by large corporations in the fight for the client. For example, Jeff Bezos, CEO of the Amazon, hosted the Secretary of Defense, James Mattis in his company HQ.

A few months later, in February 2018, the Department of Defense announces that it will allocate $ 950 million to migrate on-premise systems to the cloud before the tender for JEDI is resolved. He entrusts this to REAN Cloud, loyal partner of Amazon Web Services. Market protests, however, limit this contract to $ 65 million. At the same time, the criticism of President Trump drops on Amazon, because the company is taking away the chances of competition for local sellers. The functioning of the Amazon office in Washington, where over 100 lobbyists are employed, including nearly 70 so-called gunslingers - officials who have gone from the government to the private sector. From unknown sources to the American press goes a 100-page dossier throwing accusations of corruption by Amazon officials of the Pentagon.

What is equally interesting, the shape of the order indicates that the Pentagon does not believe in the simple use of the cloud from many suppliers. Asked many times, Dan Deasy - the new CIO of the Pentagon, consistently claimed that the complexity of the infrastructure and the lack of experience of the Department of Defense compelled him to look for one partner with whom he would work out the target solutions together. The Pentagon defends its approach by talking about "the ability to access critical data and the ability to analyze it", which will maximize the effectiveness of new technologies such as artificial intelligence and machine learning.

It is worth paying attention to one more thing: the Pentagon plans to massively use artificial intelligence, based on data placed in the cloud. Presenting the justification for the project to Congress Under Secretary of Defense for Acquisition and Sustainment, Ellen Lord wrote:

"Our knowledge of what artificial intelligence does better than humans will ultimately lead to a solid partnership between man and machine. Undoubtedly, the expected result of this partnership is the development of such an IT architecture that will bring our forces an edge in the entire spectrum of conflicts. "

The Department of Defense has set up a new center with a special mandate to research and develop the use of artificial intelligence by US forces. The Joint Artificial Intelligence Center was officially established at the end of June 2018. This Pentagon-based organization will oversee key AI projects. The previously mentioned DARPA received $ 2 billion in funding for the development of artificial intelligence, and President Obama himself was very interested in using AI in the field of national security.

Finally, the most interesting: The Pentagon is convinced that it is safe to process in the cloud even top secret data, which is often questioned by government organizations in many countries - despite the strategic potential of their data is incomparably smaller than the US Department of Defense.

Is the Pentagon wrong?

Is the use of the cloud of only one supplier justified? In my opinion, this is a short-sighted move, although there is no shortage of voices expressing concerns about the integration of many cloud environments. As Roy Illsley, principal analyst at Ovum, admits:

"Cloud computing is at a turning point. While 20 percent. business processes have already been moved to the cloud, 80 percent critical tasks and sensitive data still work in local data centers due to performance and regulatory requirements. We anticipate that in the coming years, corporate clients will move to multi-cloud systems that meet a wide range of business and IT needs."

Furthermore, the Pentagon does not emphasize enough in its public communication the hybrid cloud capabilities.

"The old idea that everything is moving to the public cloud has never happened."

"Instead, the cloud market has evolved to meet the needs of customers who want to maintain local systems while benefiting from many cloud platforms and suppliers."