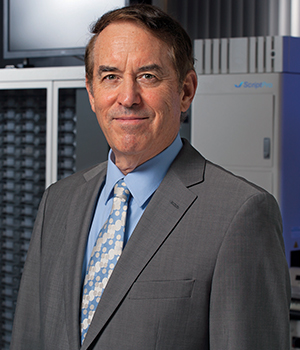 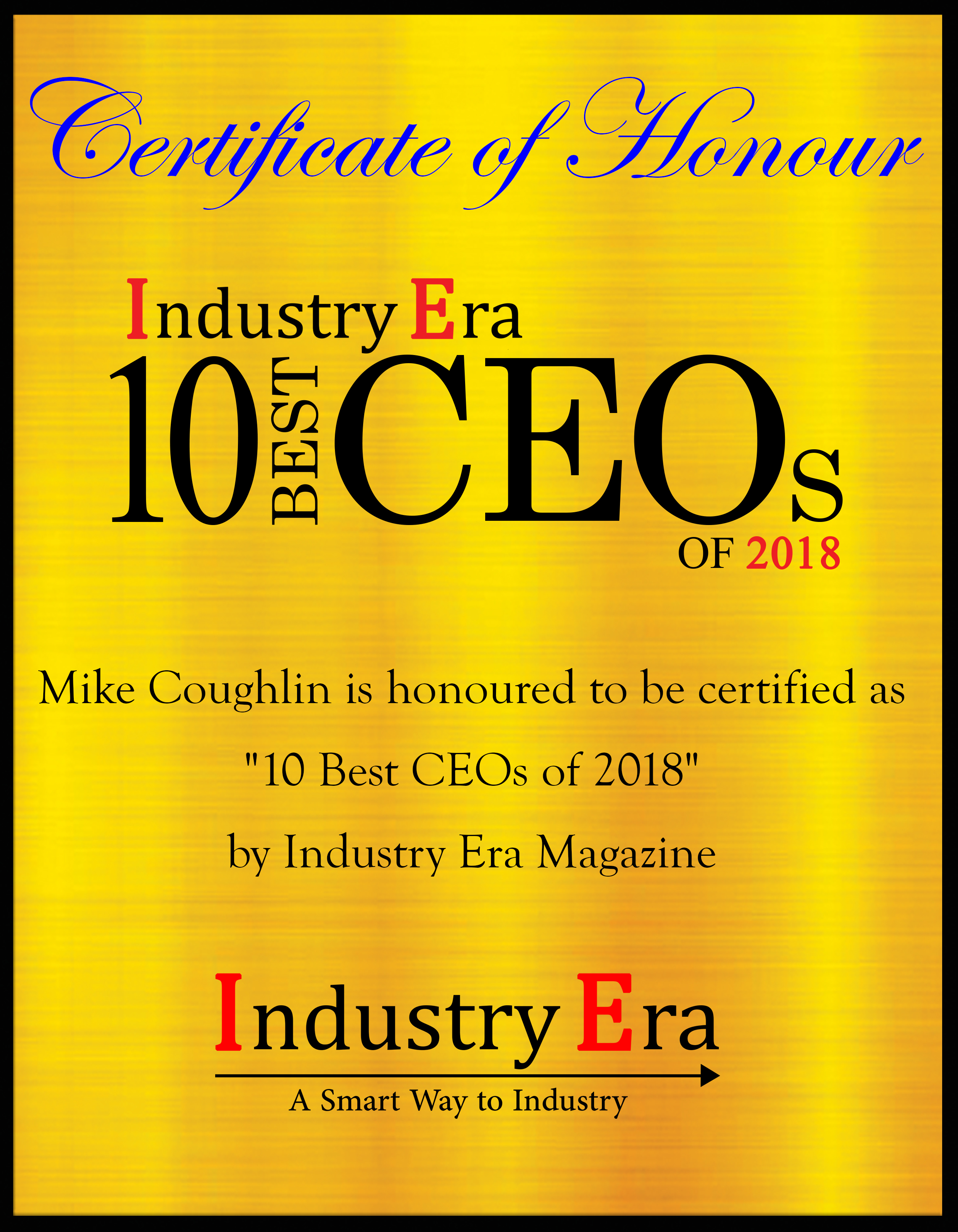 Mike Coughlin is not a pharmacist however on observing closely the serious problems that have been occurring in the pharmacy sector he presented a solution–a robot. Through his company, ScriptPro in 1994, he introduced a Robotic Prescription Dispensing System, pioneering the use of robotics in community pharmacies. Today, ScriptPro offers a comprehensive line of over 150 pharmacy automation and management system products that have revolutionized pharmacy operations in the U.S., Canada, and many other countries.

When Mike launched ScriptPro he had only been into pharmacies a few times to pick up prescriptions for his family. He had become aware of serious problems, some of them tragedies, caused by pharmacy errors through articles in the press and on television. Mike's technology background caused him to believe that a robotic solution - with powerful controls to ensure the right drugs were put in the robot and that the robot always had the correct information for labeling prescriptions with the right patient information- could dramatically reduce these problems. In addition, the robot would liberate pharmacy staff from mundane filling and labeling tasks so they could focus primarily on patients.

" ScriptPro's customers know that, too, and are cheering us every step of the way. "

However, initially there was lack of cooperation from pharmacy software companies that were not willing to provide computer interfaces to a robot. And, there was skepticism from potential customers who were reluctant to take a step into the world of robotics. Mike never lost sight of the goal and never lost faith in his ability, working with the talented team he assembled, to reach the goal. Today customers worldwide have understood the importance of this solution and adopting the same to simplify their workflow.

Mike believes that the customers need a total solution - not just a piece to plug in and try to make work with the other systems they are struggling with. The piece that is excluded or farmed out to someone else will invariably be the piece that causes the most trouble. Mike has been able to rally his team behind the objective of providing the complete solution. “ScriptPro's customers know that, too, and are cheering us every step of the way,” says Mike.

“I love to visit customers - both existing and potential new customers, learning something new and important every time making a visit.” He then shares these experiences with his ScriptPro team through emails that are written in such vivid details it makes the employees believe they were visiting the clients personally.

Today, ScriptPro is right in the crosshairs of one of the biggest movements the world has ever seen as healthcare sector transforms itself in an unprecedented way. This is anything but static. It is, and will continue to be, changing constantly. “Our customers want to know that we are up to the job of adapting to change. When they visit ScriptPro, tour the campus, talk with the staff, they come to clearly understand that ScriptPro is the real deal. ScriptPro is the company they can partner with to navigate the future,” says Mike.