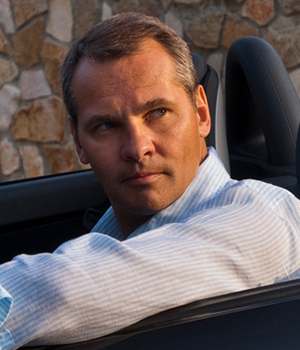 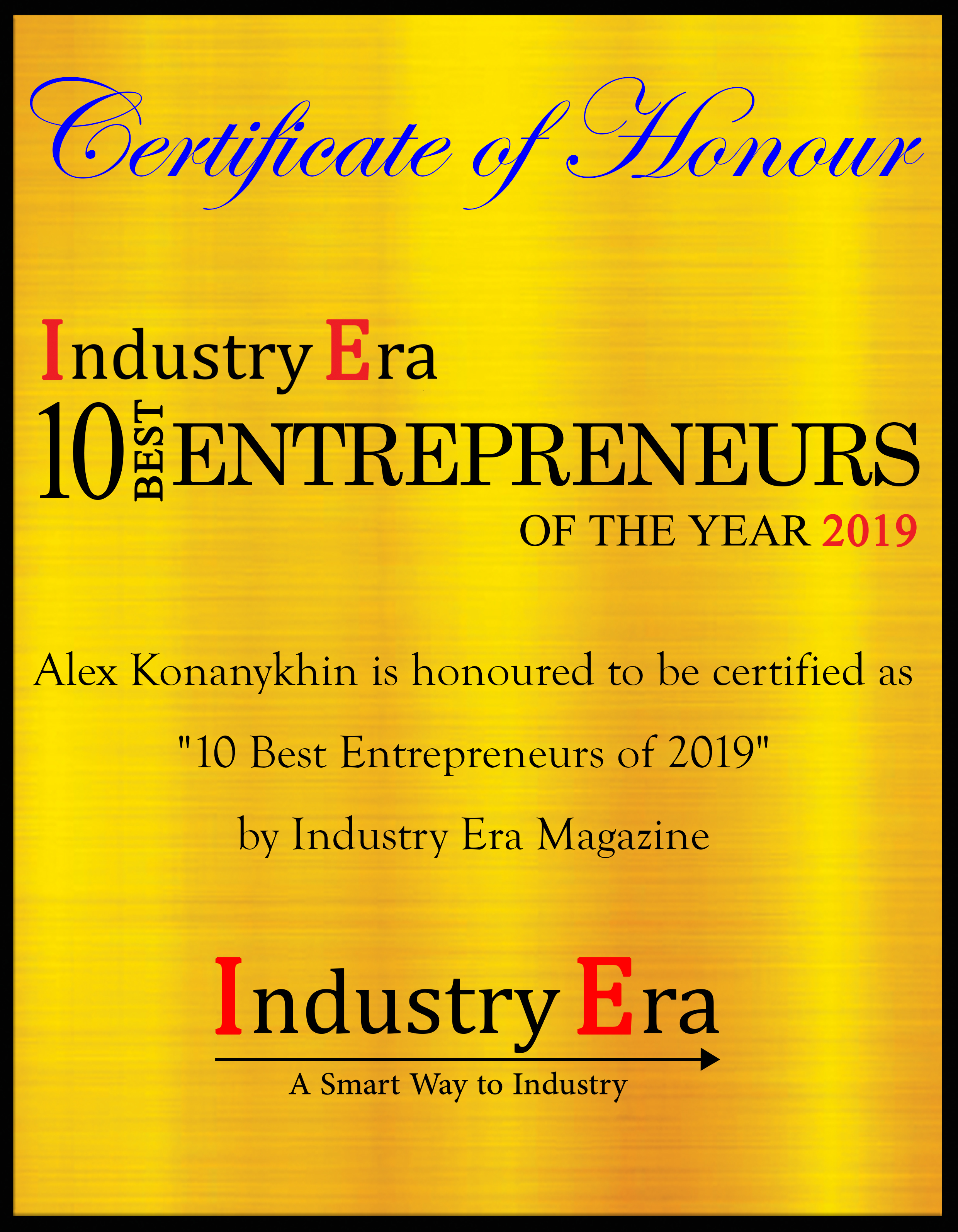 Alex Konanykhin's life is a subject of countless media reports and two books. Born in 1966 to a poor family in the Soviet Union, Alex created the largest bank in the country by the age of 25, financed Boris Yeltsin's rise to power and accompanied him on his first official trip to the United States to meet with the U.S. President. He became the richest man in Russia by achieving dominance in commodity arbitrage and the currency market in the country. Then on a business trip to Budapest he was kidnapped by KGB, escaped and fled to U.S. Shortly thereafter, the FBI advised him of the contract on his life and Alex went into hiding in the Caribbean where he founded the first offshore Internet bank in the world. In the meantime, the KGB consolidated its control over Russia, made Alex the Russia's Most Wanted and presented the ultimatum to the United States: extradite Konanykhin or close your FBI office in Moscow. Alex was arrested in Washington in his Watergate apartment by the agents of the U.S. Department of Justice and had to sue the U.S. government five times to protect his freedom. He won all five lawsuits and was was granted with political asylum in the United States and selected as The New York Businessman of the Year by the Republican National Committee

The story of Alex's life does not end here. In fact, his past looks like just a prelude to a much larger undertaking: changing the way computer-based work is managed around the world. Alex is the founder and CEO of TransparentBusiness—a SaaS platform that greatly increases the productivity of remote work, protects from overbilling, allows for easy monitoring and coordination of geographically distributed workforce and provides real-time information on the cost and status of all tasks and projects.

“Success is rarely a result of just one factor or quality. To become a market leader and especially, to become THE market leader, one must be unafraid to think differently and to think big,” says Alex. “Few people dare to think ‘I will take this business category globally,’ even when they encounter such an opportunity. Of course, it's not enough to have the desire to go for a big goal; it's also important to have confidence which would survive countless assurances.” His current “think big” objective is to take over the Business Transparency category globally. Hundreds of millions of people around the world do computer-based work and Alex is working on making TransparentBusiness the default tool for overseeing and coordinating such work.

Implementing the Power of Technology

According to Alex, in the absence of transparency, some contractors rob their governmental clients’ blind. “SAIC for example, overbilled New York City more than $500 million on just one municipal project. This is where TransparentBusiness is creating the difference. We make all computer-based work easy to verify and coordinate, thus protecting government agencies from inflated invoices for computer-based work,” explains the steadfast leader. Local, state and federal agencies can collectively save tens of billions of dollars, at zero cost and zero risk, simply by requiring their contractors to provide transparent verification of billable hours. “Today, the bill which we drafted and posted on our AvoidOverbilling.com web page has been introduced in most states across America. In New Jersey the State Assembly voted for this bill 76-0, convincingly demonstrating that the transparency pioneered by our company is quickly becoming the new standard of public procurement,” adds Alex.

In absence of transparency, managers cannot even be sure whether their freelancers and telecommuters are working or golfing. The “blind management” is so frustrating that even such tech giants as Yahoo, Hewlett-Packard and IBM gave up on telecommuting altogether. TransparentBusiness makes computer-based work visible to the managers and clients and, therefore, much easier to coordinate, increasing productivity 15-40 percent. “My efforts to demonstrate to corporate America that managing people blindly is “so last century,” bear fruit: Google, Microsoft, SAP, Cisco, ADP, Facebook, and EY have become our official partners,” says Alex.

" Success is rarely a result of just one factor or quality. To become a market leader and especially, to become THE market leader, one must be unafraid to think differently and to think big. "

TransparentBusiness allows companies to review computer-based work done for them in real time and retroactively, screenshot-by-screenshot. That provides them with a much higher degree of visibility into remote work, compared with even the visibility into the work of the on-premise staff. The mere fact that programmers are working in the adjacent office does not give the manager visibility into their work, apart from occasionally popping into their office and asking questions, whereas with TransparentBusiness the manager can see all computer-based work performed by every team member, regardless of their location. The manager can also see the exact status and the cost of every task and project.

Numerous studies showed that a third of business days in many organizations is spent by their employees on such time-wasters as watching funny videos on YouTube, updating Facebook and other social media, playing computer games, sending out resumes, doing online shopping, writing memoirs, moonlighting for another client, working on a personal pet project, corresponding with friends, hanging out on dating sites, etc. By making every minute of billed time verifiable, TransparentBusiness precluded those activities to be reported as a work time, greatly booting work productivity.

“When I implemented TransparentBusiness in my IT company in 2008, I was able to relocate to Italy for a couple of years as from a small Alpine town I could monitor via our platform all our projects much more effectively compared to the pre-TransparentBusiness days when we were all collaborating on the same floor in the Empire State Building,” explains Alex.

TransparentBusiness has the potential of becoming a hectocorn (a company which grows to the valuation over $100B) but it’s an accidental business. When in 2008, Alex asked his staff to develop TransparentBusiness, he was not trying to start a new business. Instead, he was simply requesting a tool for more effective management of his contractors. Once TransparentBusiness proved to be a perfect work management tool internally, Alex gave the access to TransparentBusiness to his clients, so they would be able to oversee the work on their behalf in real time. “Citigroup liked it so much that in March of 2016 they designated TransparentBusiness as the “Top People Management Solution.” This was a pivotal moment for us because we used that endorsement to present TransparentBusiness to other tech companies and now we have partnerships with the Mount Rushmore of Tech Business,” says Alex. He went on to show TransparentBusiness to legislators across the country and now their bills have been introduced in the majority of the states. “The legislators saw that TransparentBusiness can save their states hundreds of millions of dollars, at zero cost and zero risk. There’s no doubt that transparent verification of billable hours will become the new standard of corporate and public procurement,” adds Alex.

Alex knows that competition is inevitable, which is why he is moving as fast as possible to become synonymous with the category of business transparency before the competition develops. Internet business is the race to achieve the nice domination as “the winner takes it all.” TransparentBusiness is best-positioned to take over the category but, as per Alex, they must move fast to take advantage of the current absence of notable competition. “One of the most common mistakes of entrepreneurs is to underestimate the amount of funding needed for the project. Underfunded projects tend to fail to “break above the noise level” and get that critical mass of business which causes the chain reaction. I’m raising $325 million for TransparentBusiness in four pre-IPO rounds even though our calculations show that $25M would suffice for the category domination – it’s better to be overfunded than underfunded.” At www.TransparentBusiness.com/invest he outlines the combination of factors which may result in the return on the investment in his current round to be as high as 90,000%

One advice Alex has for the budding entrepreneurs is to find a great partner. “It’s hard to accomplish a monumental task all on your own. I’m lucky to have Silvina Moschini, known on CNN as Miss Internet, as my wife and partner; she’s instrumental in all our successes.”

Now that TransparentBusiness has removed distance as a factor in hiring for computer-based work, they offer their clients transparent access to the global pool of talent. It greatly reduces their labor costs and allows for larger scalability. Today, the cost talent may differ by hundreds of percent, country by country, but TransparentBusiness plans to level that cost by doing labor arbitrage on a global scale.

Alex’ book “DEFIANCE: How to Succeed in Business Despite Being Hounded by the FBI, the KGB, the INS, the Department of Homeland Security, the Department of Justice, Interpol and Mafia Hit Men” has received outstanding reviews internationally and can be purchased at DefianceTheBook.com

TransparentBusiness.com platform greatly increases productivity of remote work, protects from overbilling, allows for easy monitoring and coordination of geographically distributed workforce and provides real-time information on the cost and status of all tasks and projects