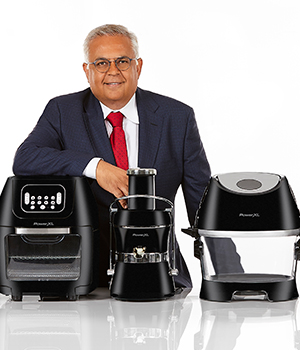 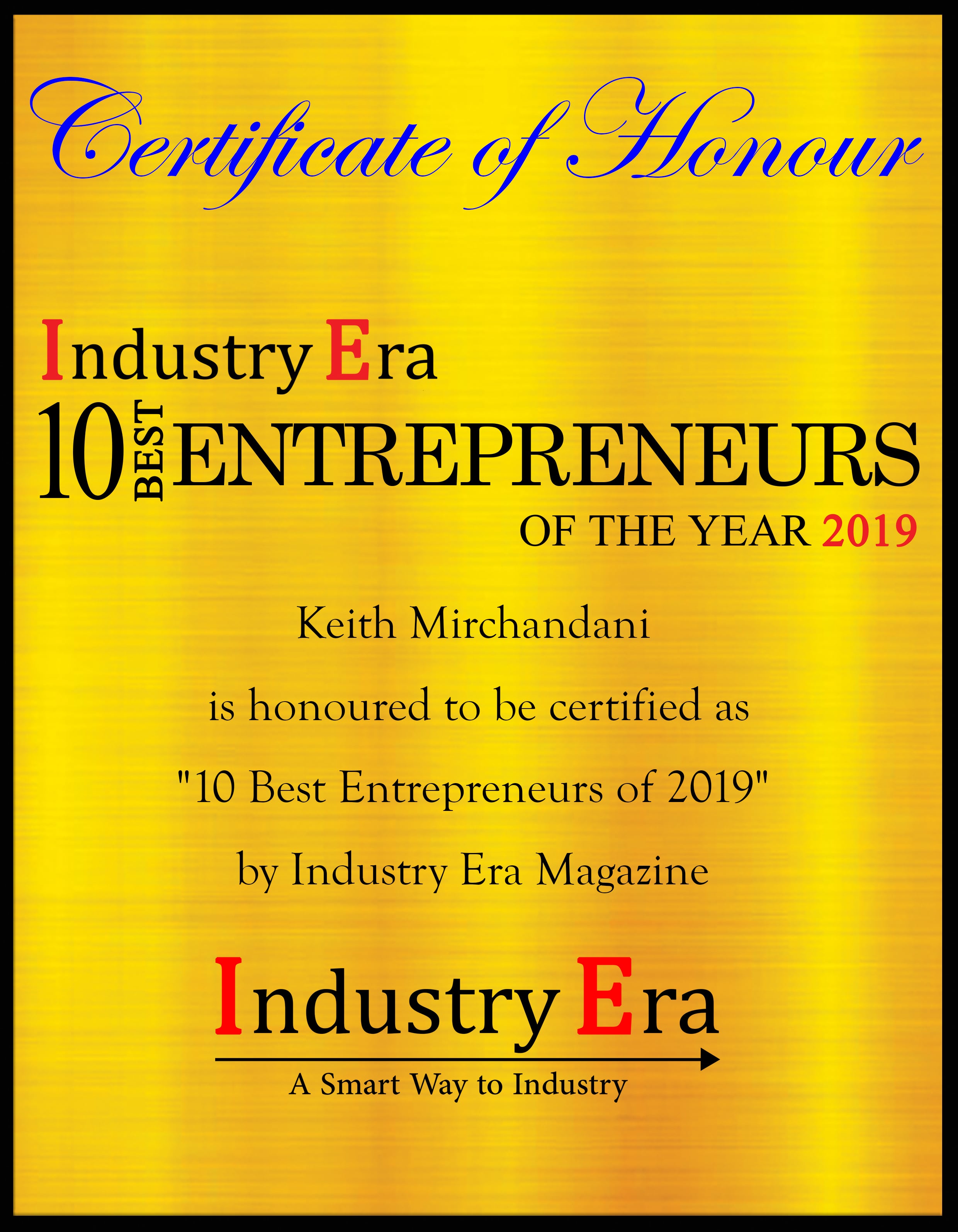 When president and entrepreneur Keith Mirchandani founded Tristar, his garage served as a makeshift office. Over 25 years later, the company has captured industry leader status as the premier direct-to-consumer market leader worldwide with retail sales exceeding the $1 billion mark.

Mirchandani has played a key role in the growth of the direct-to-consumer business worldwide and is responsible for various multi-million dollar brands. He has compiled a group of loyal team members and has passed onto them his laser-focused entrepreneurial spirit. Like their CEO, his team is willing to experiment with new ideas. “I have taught my team to be innovators, most importantly because the market is always changing, and as a result, strategies must change, too. We have been successful because we are as seamless as possible in our response to near constant fluctuation.” Mirchandani is in the business of solving problems for millions of consumers, and he has been quite successful in his approach since he hit the ground running over two decades ago with winners such as Hook & Hang closet organizer, the Steam Buggy cleaner, and the Banjo Minnow Fishing System. It’s pretty clear Keith Mirchandani knows what consumers want.

Tristar’s success relies on established brands, proven international and domestic distribution channels, and media power in more than 100 countries. Tristar’s marketing and sales teams use a 360° approach that leverages online and social media marketing, TV media, and retail distribution in major retailers around the world, including Walmart; Sam’s Club; Bed, Bath & Beyond; Amazon; QVC; and Target.

Mirchandani knows how to engage with the consumer: His products are designed to solve everyday problems, helping to make life easier and more enjoyable for millions of people. “We have become incredibly adept at creating solutions because we know what’s relevant. We know how to choose the right products,” he says. “If a product has potential, it will cross boundaries. When I introduced the Genie Bra to the public, it was an almost overnight hit. It’s ultra-comfortable, smoothing, and fits women of almost all sizes. The Genie Bra sold over 100 million units worldwide becoming the #1 best-selling seamless bra in America and rewrote the way women think about bras.”

Superior innovation at affordable prices has enabled Mirchandani to create #1 brands worldwide for more than 25 years. Discussing his business approach, he provides some insight: Mirchandani considers his customers his most valuable partners. “Some of our most successful products didn’t hit right away. Launching some of them required a leap of faith. But as I tell my team: Always listen to the consumer,” he adds. “We let the consumer guide us and we are usually not disappointed in the end. Consumers continue to evolve and buying habits change, so we can’t become rigid.”

When asked about his favorite hit products, Mirchandani immediately mentions his friend “Jack.” He is talking, of course, about the late Jack LaLanne, the fitness, exercise, and nutrition expert often referred to as the “godfather of fitness,” with whom Mirchandani and his team launched the best-selling Jack LaLanne juicers. Mirchandani counts his relationship with LaLanne as one of his most successful and longest running and attributes the revival of the juicing category for retailers to the campaign. “Jack pioneered the worldwide trends for health food, especially juicing, inspiring consumers everywhere,” says Mirchandani. “Now, these consumers had access to juicing in their own homes.”

Mirchandani’s success with small kitchen appliances has followed him to one of his most recent hits, Copper Chef cookware. Tristar brought the square-shaped pan to market in 2015, giving consumers 25 percent more room to cook without added fat. “We launched with the 9.5-inch Copper Chef square pan set, and everyone loved the multiple cooking functions it provides—roasting, baking, steaming, frying, and more–now in a much healthier way,” he says. “Copper Chef’s Cerami-Tech coating provides near-instant food release, removing the need for oil. So all of a sudden, everyone’s favorite meals were not only faster, tasted better, and were easier to clean but had significantly fewer calories from fat. And from that, a brand emerged. We sold over 240,000 units on QVC in a single day, soon became #1 product of the year, and were named #1 best-selling brand of cookware in America,” he adds.

Even the most competent and successful organizations face market competition. Tristar’s strategy? Remain fluid. “To properly anticipate the market, flexibility is a necessity,” says Mirchandani. “We must adapt to new trends and can’t shy away from experimenting with new forms of communication. Consumers are more demanding than ever; the customer funnel is no longer linear, so the touch points are many and varied.”

Tristar is able to reach millions of consumers worldwide via Amazon, digital, and social media. “We’re leveraging new and emerging channels all the time, and as a result, we’re educating more and more consumers about our brands and products every day—on every device,” he adds. When asked what advice he would offer to future entrepreneurs, Mirchandani suggests his own business model: “Identify a problem you encounter all the time—something that adds stress to your life, one that hasn’t been solved—there are still plenty—and figure out a way to solve it with a quality product working Americans can afford.”

Additionally, Tristar’s 65,000-square foot full-service production studios located at company headquarters in Fairfield, New Jersey, position Mirchandani and his team to react faster than anyone else in the market. Tristar is the only direct-to-consumer company in New Jersey with its own production facilities; spots, commercials, and any additional content can be created on a moment’s notice. “New ideas come alive in days—not weeks,” he adds.

One of Tristar’s newly launched brands is Emeril Everyday, a carefully curated collection of countertop appliances in partnership with acclaimed Emmy-award winning television personality, chef, and restaurateur Emeril Lagasse. “Finally, there’s an intuitive unit, along with cookbooks and exclusive Emeril-created recipes, for nearly every type of meal and cooking experience,” Mirchandani adds. “Making mealtime memories with family and friends has never been easier or more fun.”

In addition, Mirchandani mentions that many existing brands are set for expansion in 2020. One is PowerXL, a line of functional kitchen and home appliances designed to simplify everyday life. Products include air fryers, indoor grills, high-performance blenders, and more. “We were named #1 best-selling brand of air fryers in the United States, having rapidly become the market leader. As the first to market, we influenced how consumers think about this new and innovative cooking method in a way the competitors who came after could not,” he says. “We are now evolving into a complete line of intuitive kitchen and home products that will include various line extensions—an intelligent appliance that does nearly all the work for you—for almost every at-home task.”

By all accounts, the idea Mirchandani had over 25 years ago to start Tristar was a very good one. He has introduced #1 best-selling brands to millions of people around the world, the type of brands that become popular household names because they form a genuine connection with the consumer and become fused with our culture. When asked what’s next for Tristar, he’s far from complacent: “We are always looking purposefully at the world around us. From that, new ideas emerge,” says Mirchandani. “It’s this type of awareness that continues to bring our brands into millions of homes globally—we’re always working on the next big idea.”

Mirchandani is a husband, father, and philanthropist. When asked about his family, he notes: “I have been married to my wife Anjali, who leads our Direct to Consumer division, for over twenty years. She and her team are responsible for every aspect of TV media buying and planning at Tristar. Anjali is a truly remarkable working mother of our two beautiful children.” 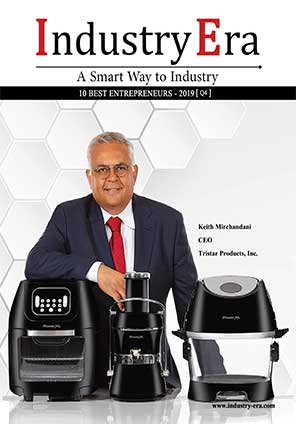